Microorganisms including bacteria, viruses, and protozoa (such as Giardia lamblia and Cryptosporidium) may be present in well or surface water. According to the Water Quality Association (WQA):

“…microbial contaminants, such as E. coli, Giardia, and Cryptosporidiumcan cause gastrointestinal problems and flu-like symptoms commonly attributed to undercooked or improperly stored food. They include:

Bacteria: Single-celled organisms lacking well-defined nuclear membranes and other specialized functional cell parts which reproduce by cell division or spores. Bacteria may be free-living organisms or parasites. Bacteria (along with fungi) are decomposers that break down the wastes and bodies of dead organisms, making their components available for reuse. Bacterial cells range from about 1 to 10 microns in length and from 0.2 to 1 micron in width. They exist almost everywhere on earth. Some bacteria are helpful to humans, while others are harmful.

Viruses:  Parasitic infectious microbes, composed almost entirely of protein and nucleic acids, which can cause disease(s) in humans. Viruses can reproduce only within living cells. They are 0.004 to 0.1 microns in size, which is about 100 times smaller than bacteria.

Cysts: Capsules or protective sacs produced by many protozoans (as well as some bacteria and algae) as preparation for entering a resting or a specialized reproductive stage. Similar to spores, cysts tend to be more resistant to destruction by disinfection. Fortunately, protozoan cysts are typically 2 to 50 microns in diameter and can be removed from water by fine filtration.”

How To Treat Bacterial Contamination in Water 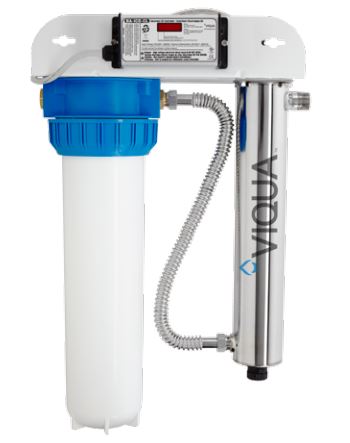 UV (ultraviolet) water purification is a chemical-free and cost-effective way to ensure your water is free of harmful bacteria.

If you are unsure of the microbiological quality of your source water or if you are looking for additional security from your municipal water source, then McLeod’s EcoWater has the solution for residential UV systems.

UV technology is proven to control microbiological (bacteria & virus) issues in water including E.coli, Cryptosporidium and Giardia lamblia. Our systems provide the ultimate in UV protection for your home.

Chlorination & peroxide systems from North Durham EcoWater include a chemical feed pump designed to inject a predetermined level of chlorine or peroxide into the water. This will kill bacteria and oxidize high levels of iron, manganese, and sulfur.

From there a retention tank is used to ensure contact time for a proper bacteria kill, and/or time to completely oxidize iron and sulfur.

The oxidized contaminants will then be filtered through multimedia filters and lastly, a carbon filter will remove chlorine and/or organics which may be present in water. 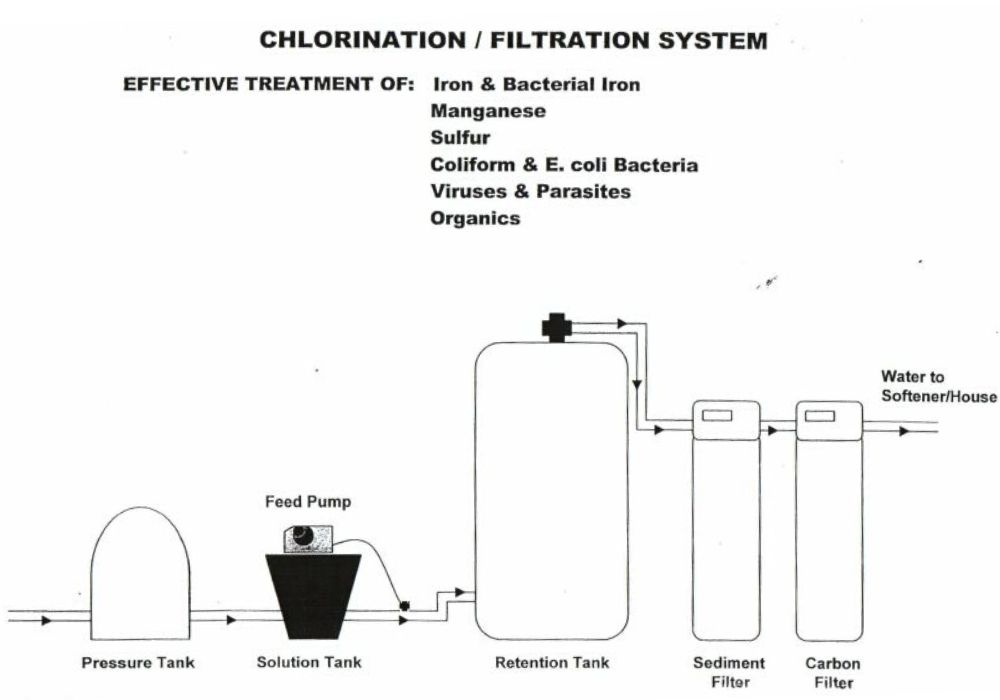 North Durham EcoWater
4.7
Based on 15 reviews
See all reviewsWrite a review

Richard Blaylock
14:07 29 May 21
have used them for years but this year i had a problem and they helped me more then any one ever has with this i will be using them for many years to come keep up the great help and friendly service

Jason Huygaerts
15:57 17 Jun 20
The staff is very friendly and helpful. Their water tastes great. You get a deal if you prepay for 25 bottles. Great prices, great service. Very clean shop.

Downytide
16:51 09 Jun 20
Very friendly and took the time to explain how to use the system, also a very thorough procedure in place during covid time, good price as well.

Rick Schroeder
19:05 22 Sep 19
Everytime I walk in it's only the best experience. They remember your name and super friendly! Only in a little town you get the red carpet.